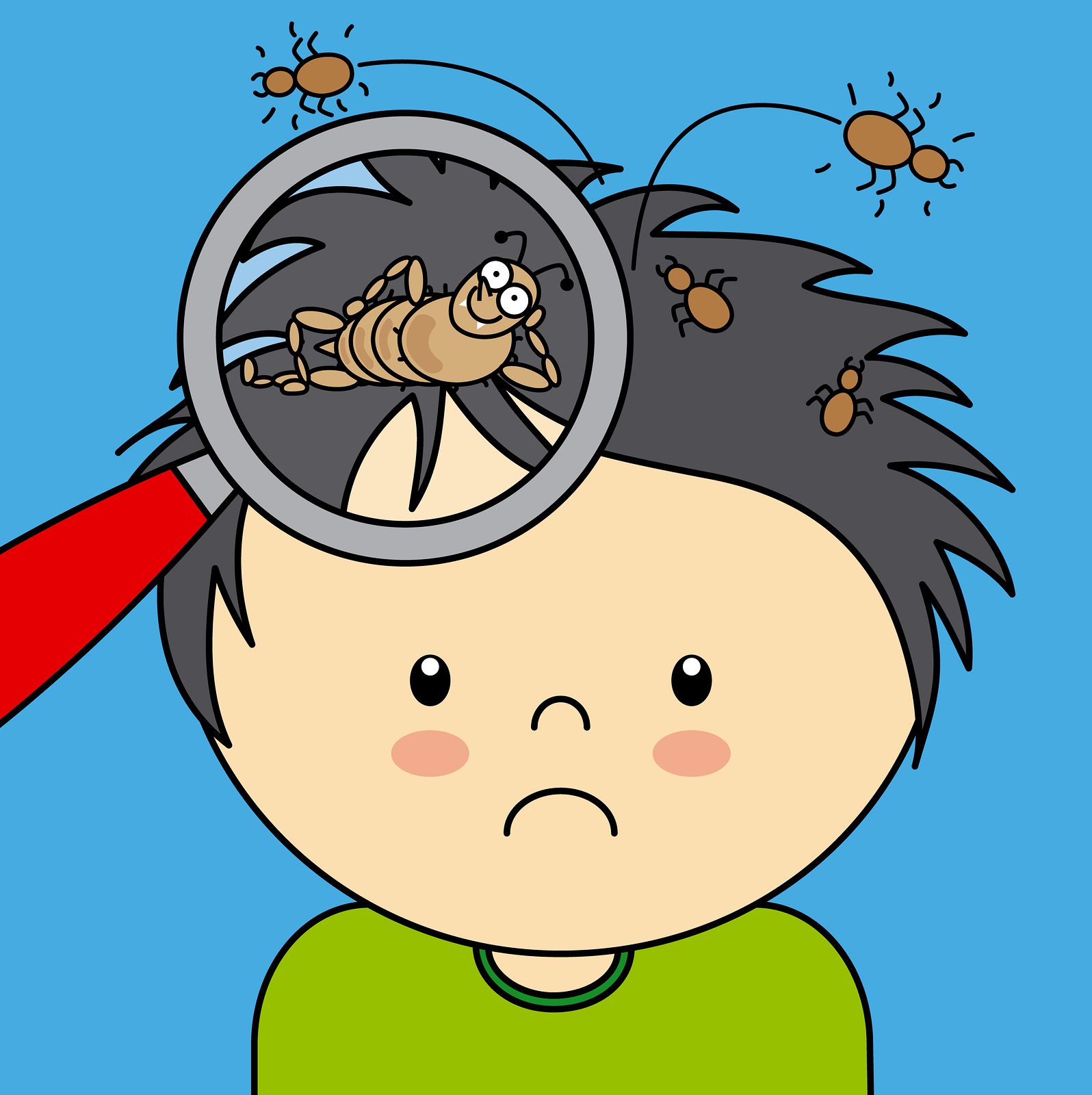 Lice Are Not an Indication of Poor Hygiene

Lice, the plural form of a louse, are a common problem that children, especially those in elementary school, encounter. While they are a nuisance, they do not pose a danger to your children. Head lice, the most common type, do not carry or spread disease. When your child has an infestation of head lice, it is medically referred to as Pediculosis capitis.

These little parasites attach themselves to human hair and feed on human blood. Female adult lice can lay up to six eggs a day, attaching them to the shaft of hair with secretions from the louse. They are most likely to hatch when they are about six millimeters from the scalp.

The eggs are referred to as nits. When a louse hatches from its egg after about a week, it is called a nymph. They go through three consecutive growth spurts until they reach adulthood. Adult lice are very small and hard to see. Their color can also make it hard to notice them as they can be white, tan, brown, or any shades of these colors. What makes them so itchy is when they feed. They require human blood and will feed four to five times a day.

It is important to remember that poor hygiene, such as missed baths or showers or other hygiene issues, do not cause you to get them. These infestations are very common. While they can happen in teens, young children are more likely to get them. The CDC reports that roughly 12 million lice infestations occur every year.

As a parent, you should know that there are different kinds of lice. Each type can do different things, are spread differently, and can be treated differently. Knowing the types will allow you to better react if your child ever gets them.

As we already mentioned, head lice are the most common kind. They are obligate parasites, meaning that they require a human host to survive. They can only exist on a human host, so your child can’t get them from a dog or any other furry pet. Since they don’t have wings, they can only spread from direct contact. They crawl around with their six legs, which have a claw on the end of them to allow them to attach to hair.

How They Spread: The only way for head lice to spread from person to person is from direct contact. Children who live in crowded homes typically have more of a problem with them. They spread from one child to another when their heads touch. This can happen when they hug, share a bed, or put their heads together to read the same book. They can also spread if children share hats, hair ties, helmets, scarves, or personal hygiene items like combs or brushes.

These are slightly different than head lice. Head lice attach themselves to strands of hair on the top of a person’s head. They also lay their eggs at the base of the hairs. However, body lice do not lay their eggs on your body. Instead, they lay their eggs in clothing. That is also where they live, moving to the body when it is time to feed. They can also carry diseases, including louse-borne typhus, relapsing fever, and trench fever.

Fortunately, these are the only kind known to spread disease.

How They Spread: As we’ve mentioned, they live in your clothes. They are spread when clothing containing lice go unwashed. However, they are far easier to prevent. Clothes should always be washed after they are worn and should never be shared unless they have been washed.

These lice have the same number of legs as the rest of them, except they have large front legs. When they are observed under a microscope, they resemble crabs, which is why they are often referred to as such. They live in the hair of the host’s genital area, causing itching. They are most common in adults, and if found on children, it may be an indication of sexual abuse.

How They Spread: As we said, pubic lice are found in the hair of pubic regions on the host. They are spread through sexual activity.

While these three lice are by far the most common kinds, it appears that they are evolving, developing a resistance to commonly used treatments. The American Council of Science and Health has reported a new species of “super lice” throughout certain areas in the country. They have been seen to survive traditional removal treatments. However, there have been stronger products developed containing ivermectin that can treat these “super lice” infestations, but they require a doctor’s prescription.

Several different treatments have been used to get rid of lice from over-the-counter products and natural remedies to prescription medications. However, you should know that the CDC does not recommend any natural or alternative products.

Even though there are different types, there is still a general way to get rid of them. The treatment process should always be:

You will most often be told to treat lice using pediculicide shampoo. You should leave your child’s hair unwashed for two days following the application of the treatment. After the two days, you need to remove the eggs that are attached to the shafts of the hair using a nit comb. This comb is specifically designed to remove the eggs.

Once you’ve properly treated the areas where the infestations occurred, you should carefully vacuum and wash any areas in your home where hair could have fallen.

There have been studies that have shown the use of certain essential oils can be an effective alternative treatment. You may find relief using the following oils:

While there have been studies showing their success, the FDA does not regulate any holistic products when it comes to treating lice.

There is no guaranteed way to prevent your child from getting them. Many kids get them when going to school and spending the night at their friend’s house. However, there are some simple tips that can limit the chances of getting them:

Lice are very common for many young children. However, it is always important to remember that they are not a reflection of someone’s personal hygiene. While lice can be annoying and make you feel uncomfortable, it is relatively simple to treat them. If your child has gotten lice, contact Tots N Teens Pediatrics to schedule an appointment.

One of the severe medical conditions that almost one-third of children face in the United States is childhood ...

We hit a milestone, as per CDC reports. Over 70% of adult US citizens have already got at ...

Asthma is a chronic condition characterized by the narrowing and inflammation of the airways with increased production of ...

Children are often active, fidgety, and distracted. But, if they don’t grow out of these behaviors, they could ...

All About Flu Shots

Influenza or the flu is a highly contagious viral infection that attacks your respiratory system. It affects your ...